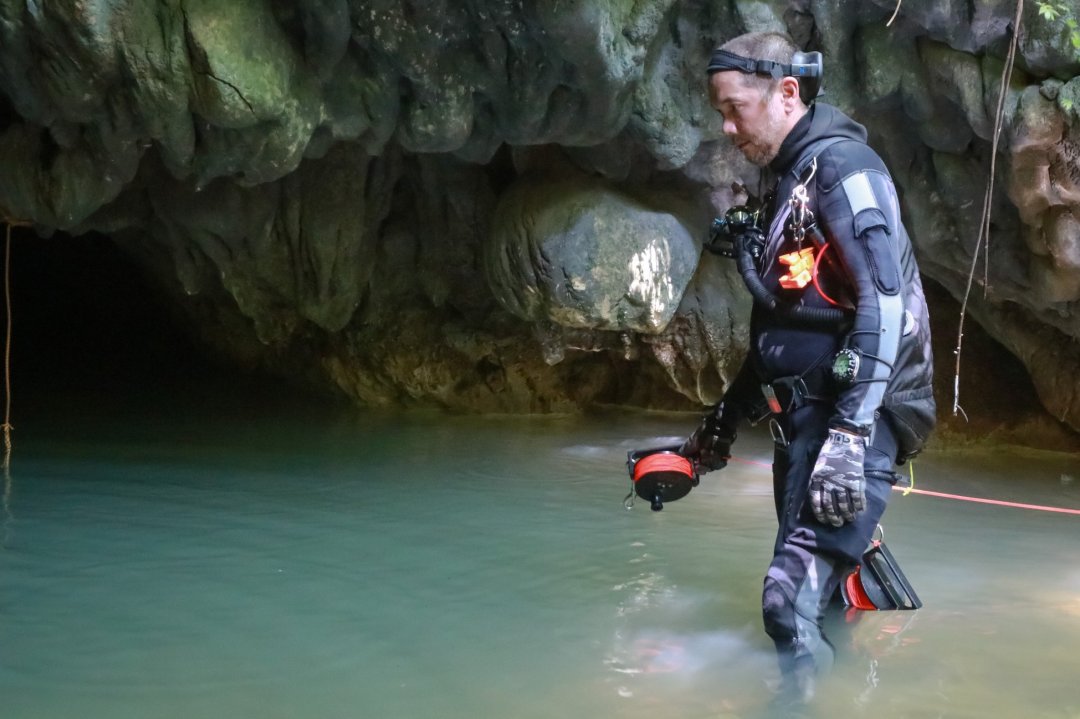 The Municipality of Sampaloc, Quezon Province through the Regional Cave Committee, IV-A requested a preliminary assessment of the Malaog Cave Underground River. This was held from the 1st to the 2nd of August. FCD members, Jackie Genuino and Juan Naval joined the representatives from GAIA, CENRO-Pagbilao, DENR and the Tourism team of the LGU.

Overview:
The known Cave System is a two chamber structure with the first chamber being a stream of high flow spring partly feeding a nearby river and the second chamber being a suspected source or partial source of the said spring through a subterranean river (and thus the push for it to be classified for tourism purposes). The second chamber was the target area for u/w inspection.

The cave is located 45 minutes away from town through a rough road along hills and valleys.

General Findings:
Zero flow on the surface, but locals say that there is a rise and fall of water levels by 1 meter. Option to dive deeper to investigate was made to check whether or not the silted layer will clear up after a certain depth.

Rough checks on elevation would put the second chamber elevated from river level by 50 meters, with the first chamber in between.

A dive from the staging area (drawing to be uploaded as reference) toward the main chamber led to a northward passage that extended approximately 20 meters into the Chamber and down 27 meters. Visibility was milky beige with 0.5m distance. There is a slight siphon inside the tunnel at approximately (9:45 am). Topside water level was described by the locals as “normal” which to us was really ambiguous.

The tunnel has a relatively severe slope with no bottom reached. The “roof” of the limestone was very sensitive to percolation and a 6 inch square chunk dropped on one diver. It’s possible that the area is too sensitive. Due to the limited visibility, further evaluation was limited and there was no point at the moment to go deeper. The divers made the decision to attempt to find the roof or the surface from this point, and we ended up tracing the overhead. It was at this point that we realized that we were diving in a tunnel. It is large enough and easy to dive through without seeing the roof, similar to areas in Casili Underwater Cave System in Balamban- Cebu. Dive time was 30 minutes.

A second dive was made immediately after, on the opposite side of the tunnel (West area) approximately 50 meters inside in a sweep to measure the depths of the passage towards Chamber. This was 2.5 meters at the center of the passage to 0 in a sweep pattern. We decided not to go into the main chamber as fecal contamination from the population of the bats and python inside the said section raised health concerns for any in-water activities.

Recommendation to the LGU:
By GAIA: Right now the cave system requires further evaluation in order to be classified, but as is can be termed as Class 2, with the second chamber off limits for health and sensitivity of inhabitants.

By FCD: Chamber 2 is closed to water related activities pending water sampling AND further exploration of the cave when the visibility clears up. It is highly sensitive to rainfall, and although this could be a factor, the low amount of flow can hardly clean the cave out from sediment. The LGU was very receptive to the FCD recommendation that scheduling for the u/w assessment can be done independently of other groups since what we deal with is different.

The LGU will actively monitor the cave for any changes and will be in touch when the clarity of the water improves.

A full exploration of the Malaog Cave Underground River system will most likely require two teams and should include a provision for a full chemical analysis of the water.